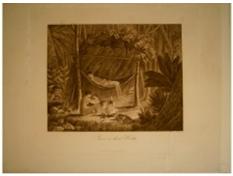 Prince Alexander Philipp Maximilian zu Wied-Neuwied (September 23, 1782 - February 3, 1867) was a German explorer, ethnologist and naturalist.
Wied was born in Neuwied, the second son of the ruling Prince Johann Friedrich Alexander of Wied-Neuwied. Born at the end of the European Enlightenment, Maximilian became friends with two of its major figures: Johann Friedrich Blumenbach, a major comparative anthropologist under whom he studied biological sciences, and Alexander von Humboldt, who served as Maximilian 's mentor. He joined the Prussian army in 1802 during the Napoleonic War, rising to the rank of Major-General. He retired from the army in 1815. 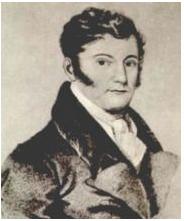 Wied led an expedition to south-east Brazil from 1815 to 1817, on his return writing Reise nach Brasilien (1820-21) and Beiträge zur Naturgeschichte von Brasilien (1825-33). In 1832 he travelled to the Great Plains region of North America, accompanied by the Swiss painter Karl Bodmer on a journey up the Missouri River. He wrote Reise in das Innere Nord-Amerikas (1840) on his return. During his travels he studied the cultures of tribes such as the Mandan and the Hidatsa as well as the flora and fauna of the area. He also travelled in Honduras.
Ansicht de Mission von St. Fidelis